Mahatma Gandhi is reported to have said: “If Christians had actually done what Jesus taught us to do—namely, love our enemy—the world would long have been transformed.” How true. There is one thing, however, that most Christians do as Jesus taught. “And he took bread, gave thanks and broke it, and gave it to them, saying, ‘This is my body given for you; do this in remembrance of me’” (Luke 22:19). They celebrate the Eucharist.

In the past three weeks I was able to celebrate the Last Supper in two different countries. I shared the memory of the broken body of Christ in two different languages, two very different worship services, and yet a common experience.

On July 2, I attended a Celtic Evensong service at St. Thomas Episcopal Church in Richmond, Virginia. People entered the cathedral-like sanctuary reverently with little exchange of greetings. Many arrived early and sat in silence, waiting for the service to begin. A few minutes before the designated time to begin, a classical flute and piano duet played to continue the meditative mood. The church was packed. Nearly 500 people were in attendance.

July 20, I attended the Charismatic church of my sister-in-law in Übeschi, Switzerland. People entered the lobby and everyone greeted each other and struck up conversations wherever they went. The conversations continued into the sanctuary, with people walking up and down the aisles to find more conversations in which to engage. Suddenly the band began to play and the worship leader started singing. The congregants (sort of) settled into their places in the sanctuary. The church was about 60% full. Because of summer vacations about 175 people of the normal 250 had gathered.

Beginning with the way congregants gathered to each worship experience, the two services couldn’t have been more different from each other. At the Episcopal Church, everything except for the short homily and the hymns was printed out on a program, which was four pages long. The printed word ruled the service. In contrast, the Charismatic Church had nothing printed, no program, no hymn books, few people consulted Bibles for biblical references. Although the songs were projected on to two large screens, few people referred to them, as the four or five songs that were repeated various times were familiar to the gathered community. To use anything printed seemed to suggest that it would inhibit spontaneity.

In the Episcopal service, everyone stood or sat together as indicated in the printed program. All the assembled people did everything together. In the Charismatic service, some people stood during the songs, some people sat. Some raised their hands in worship, some did not. Some spoke in tongues during one of the songs (which seemed to be designated for that purpose), some did not.

In the Episcopal service, there was a pastoral prayer during which time people could go to the front to place a candle at the altar for their unexpressed special prayer needs. I was surprised at the number of people who went forward to do so. I was also surprised that at the Charismatic service there was no pastoral prayer offered. In fact, in contrast to the many prayers offered in the Episcopal service, all written of course, there were few prayers during the Charismatic service.

In the Episcopal service, the homily couldn’t have lasted more than eight minutes. It was clearly not the central part of the service. Yet the service lasted over an hour and a half. In contrast, the sermon for the Charismatic service was clearly central to the gathering. It was nearly forty-five minutes long, nearly half of the hour-and-a-half service. Most of the rest of the Charismatic service time was taken up in congregational singing. There were only a few congregational songs in the Episcopal service. 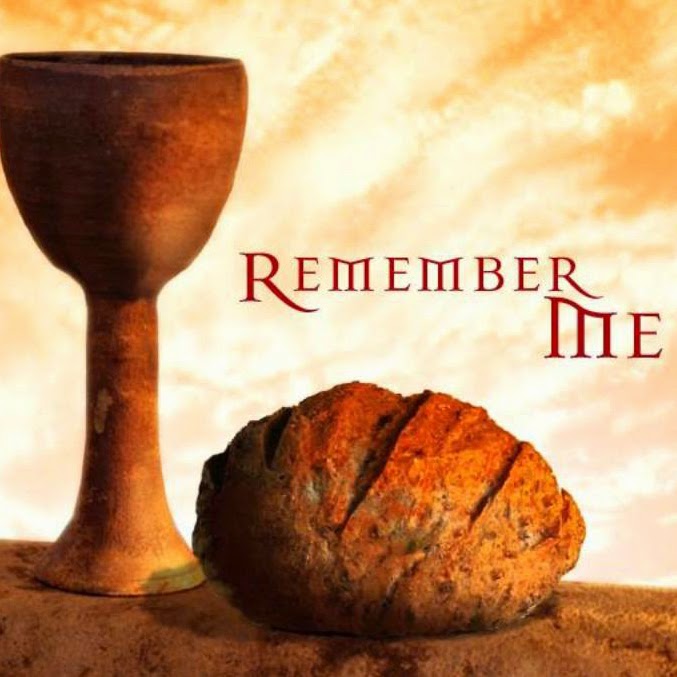 One thing that both churches had in common, however, was the celebration of the Lord’s Supper. The way the elements were administered was somewhat different, but the same scripture verses were offered. In the Episcopal church we were given a wafer and real wine. At the Charismatic service we were offered real bread and grape juice. In the Episcopal church everyone went forward to receive the elements, while in the Charismatic service the elements were distributed to the congregants in their pew.

In spite of the few differences in the celebration of the Eucharist, the same Jesus was lifted up. The same unity of the body of Christ was felt. The same openness to share the sacred meal was evident. I felt a sense of transcendent awe in both services, especially at the celebration of communion. I also felt the imminence of the incarnate God in both services as I partook of the bread and the cup. Both experiences made me feel united with all the other congregants in what Gandhi called the “love-force,” or the “soul-force.” This is the soul-force that helps us to love our enemy.

These memorials of Christ’s death are celebrated the world over in many more than the two languages, and two different countries in which I experienced them recently. Yet Christians themselves remain divided—divided to the point of hatred in some instances.
If Christians the world over remembered what we have in common instead of how we differ, we would make huge strides toward unity. Celebrating the Eucharist together would be one way to do this.

From celebrating the Lord’s Supper together, we could take the next step to embody what the poster from Mennonite Central Committee implored us to do: “Let The Christians Of The World Agree That They Will Not Kill Each Other.” Only then will we be true followers of Jesus. Only then will Christians have an answer to Gandhi’s challenge.
Posted by DonRClymer at 4:50 AM No comments:

English has one of the richest vocabularies of any language in the world. It is classified as a Germanic language on the Indo-European language tree because of the way it is grammatically structured, but it gets more of its vocabulary from other sources. More than half comes from Latin, mostly through the French.

This richness of vocabulary is both a bane and a blessing because English often has two (or more) words that mean the same thing; one coming though its German sources and the other through its French sources. For example, we get “shy” from the German and “timid” from the French and they are synonymous. Interestingly, the euphemistic words that English uses to replace the dirty, impolite words, often come from French while the prohibited ones come from the German. Manure would be such an example. I don’t think it is necessary to give the English equivalent. 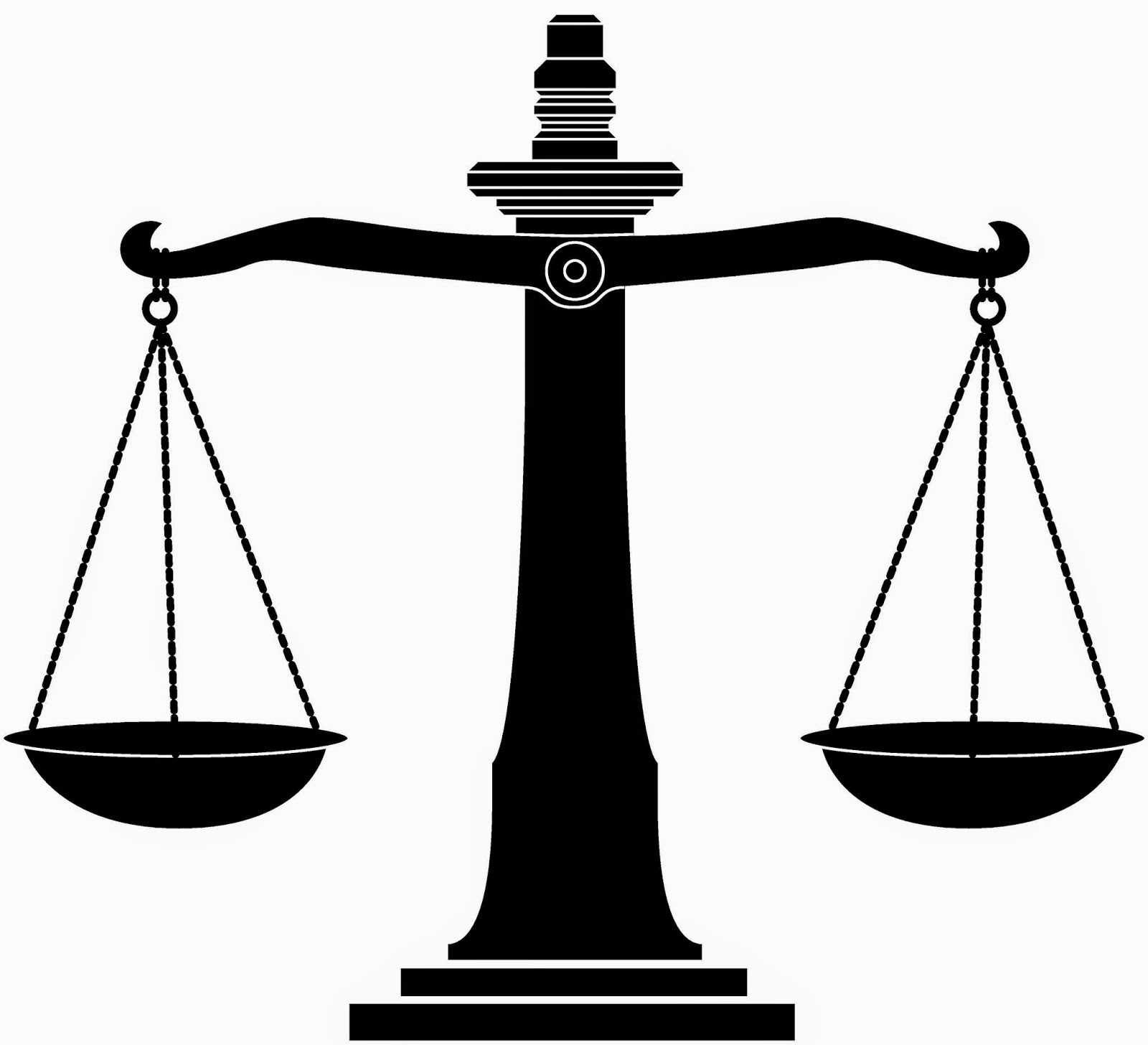 This can be a problem when translators of the Bible try to decide which word to use given a choice. One such problem area, in my view, is the difference between “justice” and “righteousness.” English gets the word “justice” through its French roots (spelled the same way in the French), while “righteousness” comes from its German roots—Gerechtigkeit. Recht=right, Gerecht=fair, keit=ness. Put the components all together and you get the word in German for “justice.”

For most of us, the English word “righteousness” has strayed in meaning from its German roots. It has come to mean “personal piety,” or being “morally right.” For the beatitude in Matthew 5:6, translators chose the word “righteousness” instead of “justice.” “Blessed are those who hunger and thirst for righteousness, for they will be filled.” In both my German and Spanish Bibles, the word used is “justice.”

Would it make a difference if we hungered and thirsted for justice instead of righteousness? I think it would. For righteousness, I see myself huddled in a corner reading my Bible and praying—bettering my relationship with God. For justice, I see myself involved with the marginalized, “the least of these,” trying to work towards Jesus’ mission of “setting the oppressed free.”

When Jesus was pushed on who “the neighbor” is, he responded with the story of the good Samaritan. Two people who were “the least of these.” One who was robbed and needed help desperately, and the other the despised Samaritan. Serving these needy ones is righteousness. It is justice. It is right relationships—with both God and the neighbor.

In Amos 5:24 we have an interesting scene where both righteousness and justice are used in the same verse in English. “But let justice roll down like waters and righteousness like an ever-flowing stream.” How do Spanish and German deal with this? In standard translations (i.e., the ones used the most), both languages use “right” in the first part of the verse, and “justice” in the second part.  “But let “right” roll down like waters and “justice” like an ever-flowing stream.” Does this change the meaning of the verse for you?

It is interesting how language evolves. Did the words “righteousness” and “justice” in English receive separate nuanced definitions because there are two separate words? Or, did the word “righteousness” evolve to have the “personal piety” meaning because of cultural influences? More than likely both, but I can think of several cultural influences. We are very individualistic culturally, so personal definitions suit us better. The influence of pietism, revivalism, and a “personal savior” have pushed our religion to be a private practice; what matters is “my God and I.” Finally, being well-to-do makes us less interested in working with “the least of these” because it may well threaten our own opulent lifestyles.

Can you think of other reasons?
Posted by DonRClymer at 11:38 AM 2 comments:

Blessed Are the Meek

For the past three Wednesday evenings, I have been leading discussions on my book Meditations on theBeatitudes: Lessons from the Margins at Ridgeway Mennonite Church, Harrisonburg, Va. It has been a challenge, not only to review what I wrote years ago, but also to revisit these incredibly pithy and challenging sayings from Jesus the Christ.

It is no wonder that some Christians, especially those linked to Christendom (union of empire and church), place these sayings in some future idealistic age. They are far too countercultural for us to live in our time and place. I believe, however, that Jesus meant what he said, and he meant it for us today. So we struggle with swimming against the current of our surrounding culture as we try to embody the beatitudes.

It seems to me that there are people who are forced to be meek because of their circumstances. People who are held down and oppressed with little hope of improving their conditions. In my book I write of such a person—doña Josefina.

Josefina kept repeating to me, “No soy nada” (I am nothing; a nobody). “Being a woman, she was near the bottom of the social ladder in her culture. Being a woman who couldn’t bear children forced her even lower down the ladder. Then, to make matters worse, being a woman deserted by her husband because of barrenness landed her only a few rungs above prostitutes and other lowlifes.” 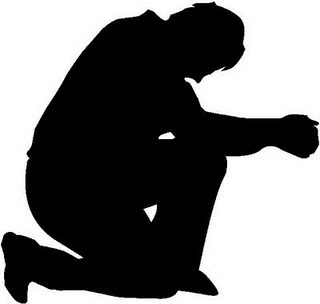 Another writer, Kerry Walters whom I quote in my book, says that through silence (contemplation) we can learn to “tame the savage beast” of pride, arrogance and other non-meek traits within us. That squares with Rohr’s assessment in his meditation. “Only such a new person [meek person] can take on the social illnesses of one’s time, and even the betrayal of friends, and not be destroyed by cynicism or bitterness.”

Cynicism and bitterness are plagues of our time in the US and Canada. They are not qualities of meekness. My own journey took me through a period of cynicism, and I was only able to “tame the beast” with arduous inner work, including contemplation. I write more extensively on this journey in chapter one of my forth-coming book, The Spacious Heart: Room for Spiritual Awakening.

Blessed are the meek, for they will inherit the earth. Matt. 5:5

Posted by DonRClymer at 11:25 AM No comments: