Gelassenheit: Parsing of a Spiritual Journey

My brother-in-law recently showed some footage of a family gathering in Switzerland many years ago. In the video, I was on a reclining lawn chair, trying to be oblivious to what was going on around me. My two kids were having the time of their life cavorting with their Swiss cousins. Unfortunately, the grimace on my face revealed that I wasn’t exactly having the same delight as my children.

I was in my early forties when this was filmed. I was working on construction during my summer off from teaching in order to pay for our trip to visit relatives in Switzerland. The weather was hot, and the work was demanding, both physically and with a language that was not my native tongue. Even though the job that awaited me back at home was better than pounding nails and driving screws, I was getting increasingly restless with it. My life seemed out of control. I was in great need of “Gelassenheit.”

“Gelassenheit” is a term from the German that is often used to describe a quality of life of the Anabaptists, the radical arm of the Reformation in Europe in the 16th Century. There have been numerous attempts to translate what this term means as related to the Anabaptist life and practice.

In chapter eight of our book The Spacious Heart, I write extensively about the concept of Gelassenheit. I cite this as part of the discussion: “According to the Global Anabaptist Encyclopedia Online,” I write, “these are the multiple meanings of the word: ‘self-surrender, resignation in God’s will, yieldedness to God’s will, self-abandonment, the (passive) opening to God’s willing, including the readiness to suffer for the sake of God, also peace and calmness of mind.’” 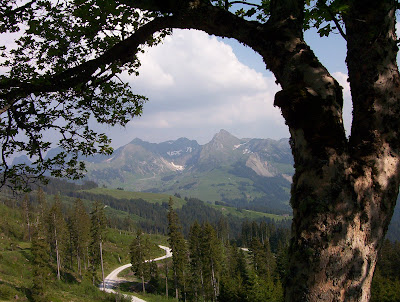 These definitions are all wonderful descriptions of spiritual qualities that as Christians, we would do well to emulate.  However, if you look the word up in a modern English/German dictionary, you won’t find any of these definitions. The first word that normally appears is “serenity.” So perhaps for better understanding, a little parsing of the word would be helpful.

“Gelassen” is the past participle of the verb “lassen,” which means “to leave [behind]” and “to let [allow].” An interesting side note. Eastern Pennsylvania, where I grew up, was preponderantly settled by German speakers. To this day, because of the influence of the German, English speakers from this area have a hard time distinguishing between “to let” and “to leave.”

“Gelassen” can also be used as an adjective. As such it means: “unhurried, calm, easy-going.” I would add “laid-back.” This gets a little closer to the spiritual qualities of the Anabaptists listed above, especially self-abandonment. Adding the suffix “heit” to “gelassen” turns our adjective into a noun, like turning the English adjective “helpful” into the noun “helpfulness” by adding the suffix “ness.” The suffix here turns helpful into, “the state or quality of being helpful.”

For the purpose of this blog, I would like to define “Gelassenheit” as “the state or quality of being easy-going or laid-back.”

Until my middle twenties, I was considered to be easy-going and carefree. In fact, I was often criticized for not taking life seriously enough. I was the book definition of “Gelassenheit”. This all changed when I was confronted with the realities of poverty and oppression that I experienced during my years as a volunteer in Central America. I became a cynical, bitter adult, suppressing my anger at not being able to do much about the situation of my friends. Becoming a father and career responsibilities added to my becoming more “uptight” than “easy-going.” These realities caused the grimace on my face in the home video mentioned earlier.

To deal with my spiritual crisis, I did years of inner work, looking for the source of my restlessness, and finding my inner God image and likeness. Numerous forms of prayer, meditation, dream work, contemplative walking, and other forms of inner work, helped me to return to what God made me to be, rather than what the outer world forced on me. In our book that I mentioned earlier, I write extensively about these processes.

Recently, my wife Esther and I were returning from another family visit. We had a wonderful time with her family, visiting, joking and just enjoying the moment. I innocently asked her if she noticed any change in my demeanor at such family reunions. “Absolutely,” she said without needing to think about it. “You are not nearly as uptight.” I’ve become more easy-going and laid back. I returned to the Gelassenheit of my youth.

The spiritual journey I was on, however, was not an overnight victory. It took years of difficult confrontation with my inner demons. People who fail to do the necessary inner work remain angry and resentful well into their old age. It doesn’t take much effort to see the grimaces on faces you pass along the way. Unfortunately, they far outnumber the faces that reflect the image and likeness of God.

Perhaps I haven’t gained all the qualities of Gelassenheit mentioned in the Global Anabaptist Encyclopedia I cited above. However, my parsing of the word, and parsing of my spiritual journey, show that I have come a remarkable way.

Solo Dei gloria
Posted by DonRClymer at 10:43 AM 3 comments:

You Are Beloved of God: Yet Again

I have used the phrase “you are beloved of God” many times in my writings. (See blog post June 29, 2013). I have also used it frequently in spirituality retreats and classes. Henri Nouwen, one of the most widely read authors on spirituality in our time, is the one who introduced me to this simple, yet profound phrase. He has a series of eight videos on the subject that are well worth watching.

In spite of how much I have used this phrase, and how much it has meant to others, I need to be reminded of this time and time again. There are many voices within me that want to distract me from this truth; voices from the past that tell me that I am not worthy of God’s love for this or that reason. Voices that tell me that I am what I do, that I am what others say about me, that I am what I possess or that I am a composite of all the experiences I’ve had. Indeed, all of these distractions form a part of whom I am, but the core truth that “I am beloved of God” needs to be foremost. 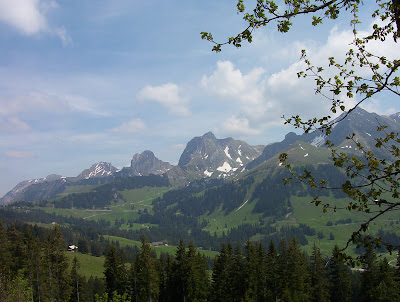 Invariably, when I teach this phrase to others, they change the phrase to “you are beloved by God” when repeating it. But there is a clear distinction between the two prepositions. Being loved by God is a good phrase to repeat. However, when we say, “you are beloved of God,” the phrase becomes much more intimate. “Of” shows possession, and means that we are in a much more intimate relationship with God. God “owns” us, if you please. Being loved “by” God is more general while being loved “of” God is more personal.

If I encounter a person who is feeling low, I tell them that, “you are beloved of God.” You can literally see their eyes shine when they hear this phrase. Then I ask them to look at themselves in the mirror and state out loud, “You are beloved of God!” For some reason, it is extremely difficult for most people to do the mirror exercise. We are so used to seeing our ego and our outward appearance when we look in the mirror, that we forget that we also have a soul that needs to be groomed. It’s a great exercise, even if we are not feeling low.

Not only is it difficult for most of us to believe that we are beloved of God, but it is often more difficult to understand that others are beloved of God as well. That is especially true for those who are different from us. Can we think of the person who offends us politically or theologically as being beloved of God? How would such an exercise change our view of the person? With all the vitriol being spewed these days on all sides of any given issue, this simple exercise could help us remember that we are all created in God’s image and likeness.

I often stroll through the streets of the cities I visit, whether at home or abroad, and look at strangers in the eye while smiling and say to them silently, “You are beloved of God.” In the vast majority of these moments I am rewarded with a larger than normal return smile. We are all in need of the reminder that we are beloved of God.

Soli Dei gloria
Posted by DonRClymer at 11:36 AM 3 comments: