Let the Dead Bury the Dead

I came to the church meeting distraught by all the negative, hateful messages that had consumed me from following too many political commentaries on social media. Those of us gathered around tables chatted away while waiting for the meeting to begin. As I ranted and raved about the political mess in which our country is embroiled, a brother beside me looked me in the eyes and said: “Let the dead bury the dead.”

This really caught me up short. I immediately knew what he meant. The verse he quoted comes from Luke 9: 60, and follows with the exhortation: “go and proclaim the kingdom of God.”

The political scene as it is playing out in US America has distracted me far too much. Hearing and reading the discussions of others, I can safely assume that we are all too distracted. Our business as Christians is to get on with Jesus’ Kingdom work, proclaiming the Good News. Jesus gave us the formula for this proclamation in his inauguration address in Luke 4: 18-19:

“The Spirit of the Lord is upon me,
because he has anointed me
to bring good news to the poor.
He has sent me to proclaim release to the captives
and recovery of sight to the blind,
to let the oppressed go free,
to proclaim the year of the Lord’s favor.”

During the same weekend of the church meetings, I listened to a podcast of an interview of Xavier Le Pichon by Krista Tippett on her radio show “Onbeing”. Dr. Pichon is a world-renowned geophysicist and a devout Christian. After discovering that the continents are dynamic and moving instead of being static, Dr. Pichon was at the top of his career as a scientist. However, in his middle thirties, he became disenchanted by how his work consumed him, and how he was “not seeing people in difficulty and suffering,” To alleviate what he called his “spiritual crisis,” he went Calcutta, India, to work with Mother Teresa for six weeks. From this experience, he ended up working for a community of  L’Arche for three decades; a community that works with severely handicapped people.

Dr. Pichon went from being a world-renowned scientist to cleaning the diapers of people who for the most part have been pushed out of view to the margins of society. He left the comfort of his cushy job and fame to serve “the least of these.” He is a model of one who “let the dead bury the dead,” to carry out Jesus’ mission to “bring Good News to the poor.” He is proclaiming God’s Kingdom and making God’s Kingdom “come on earth as it is in heaven.”

It seems to me that we would be a lot less stressed during these anxious times if we would be about the work of God’s Kingdom, instead of trying to solve everything through allegiance to a false empire. 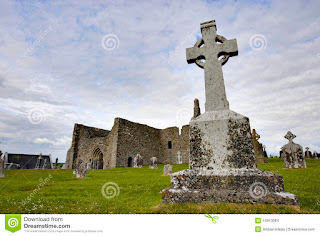 During the interview, Dr. Pichon stated that he spends one-two hours in prayer every day. This is what sustains him to continue to work with the challenges of the severely handicapped. This is also part of Kingdom work. If I spent as much time in prayer as I do on social media, I’m sure my anxiety about the political mess would abate significantly.

Let the dead bury the dead, and go and proclaim the Kingdom of God. 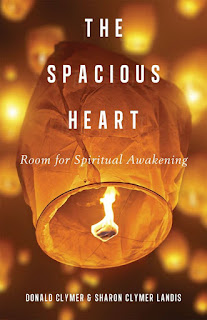 In 2014, Herald Press published a book by my sister Sharon Clymer Landis and me, titled The Spacious Heart: Room for Spiritual Awakening. In the book we try to show how we can open our hearts to experience God more fully in our everyday comings and goings.
n 2014,

The opposite of a spacious heart is a constricted one. In each chapter we identify some major problems in our culture and socialization which constrict our hearts to God, to others and to ourselves. The following are a few of these challenges.

Cynicism. Cynicism sucks all the joy and hope from a person. We become cynical when we envision a “future without hope, without meaningful change” (p. 25). This pretty well describes the political situation in US America today. After years of a congress that is paralyzed in partisan politics, many have become cynical about the political process. Our hearts are constricted by cynicism.

Anger. We are a very angry culture. Anger often precedes cynicism. Whereas cynicism stymies ones activism, anger too often fuels it. Again, the current political scene gives ample evidence of the debilitating anger passed back and forth between both sides on social media. An angry culture armed to the teeth results in numerous acts of violence which produce more anger. Our hearts are constricted by our anger.

Fear. Because of all the anger, violence and openly expressed hatred, we have become a culture of fear. Fear of disease, of an act of terror or random shooting, loss of security or life-style, all immobilize us and constrict our hearts.

Loneliness. Broken families, broken communities, loss of faith, hunkering down in our bunkers paralyzed by fear all contribute to our loneliness. We try to fill this loneliness with endless distractions and amusements, including drugs, alcohol, eating, sex and shopping to mention a few. We are social animals, and our hearts are constricted by our loneliness.

I can testify that I have experienced all these constrictive qualities to some degree. Perhaps the one that has affected me the most is cynicism. It took a spiritual crisis to break my cold, hard, cynical, constricted heart. I needed to turn inward in order to develop a more spacious heart. It wasn’t quick nor easy, but by turning inward I was more able to find God and my sense of being made in God’s image. The following are a few of the many ways I turned inward.

Music. Music has always played an important role in my life. Even in my most cynical moments, hearing a piece of music could break down the icy heart I had built up over the years. David played music to Saul to soothe his tormented spirit. I sing both out loud and in my mind at many points in the day. I listen to music constantly. Often the words will remain in my mind, reaching to my soul for the rest of the day, opening my heart to be more spacious.

One of the chapters of our book is titled “Invite you demons to tea.” The demons of cynicism, anger, fear and loneliness need to be faced head on, over tea. A way to keep them at bay is to find ways to turn inward where God is ever present. These spiritual disciplines along with many others, will help break open a constricted heart and make us more open to a fresh awakening to the presence of God.
Posted by DonRClymer at 10:50 AM No comments: