How majestic is your name in all the earth?

Every year in late October, a group of my friends and I get together for two days of immersing ourselves in nature. It began as a one-day hike in the hills of the Appalachia, somewhere from North Carolina to Pennsylvania, but mostly in Virginia where most of us reside.

Somewhere along the way, because of the interest of new members of our group, a day of bike riding was added to the hike, so the one-day excursion became a two-day event. The group has expanded from six to ten or twelve members. We have been doing this for close to twenty years.

This year we spent one of the days fishing on a charter boat. The chance to experience a different kind of nature than the forests and mountains was wonderful. Being able to experience the water, the gulls, the fish, the sunrise and the stories of the captain and his mate brought a different perspective on nature than in previous years. 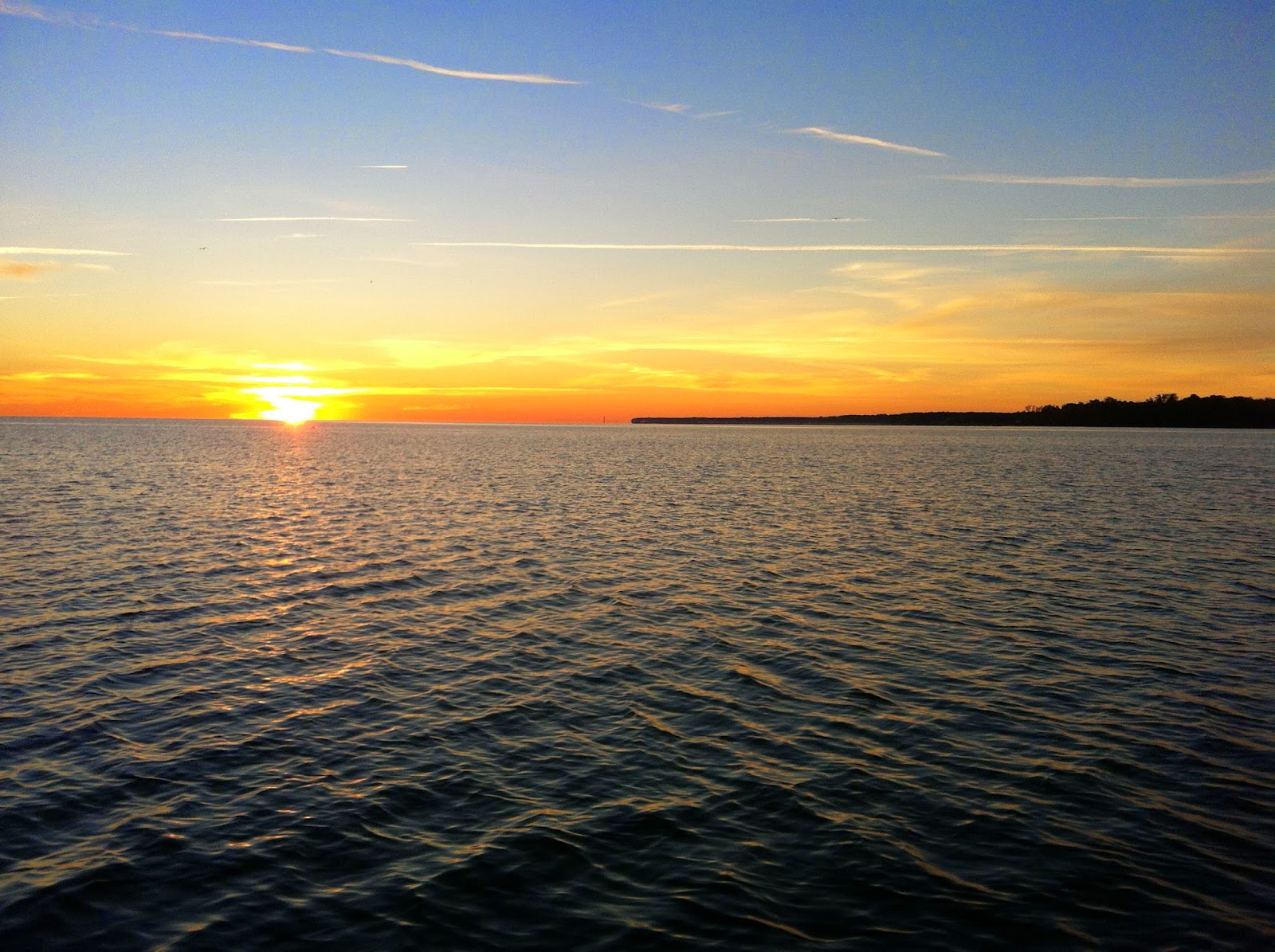 The interplay between human kind and the environment is never clearer than on the water. The men who make their living on the water are directly affected by what is done. For instance, on the Chesapeake Bay, there is a fish called the menhaden that is used to make fish oil for supplements. They are also the fish that stripers and blues feed on. Because they are over fished for the supplement industry, there are fewer fish for the watermen on the Chesapeake to catch.

In spite of these problems, the chance for a group of men to enter nature in a significant way each year is a treat. Most of us work in environments that are replete with computers and other technological environments where nature is far removed from us. Because of how nature is continually being exploited, like the menhaden in the Chesapeake, we need to be reminded that we are a part of nature, not above it. We should be stewards of the natural world, not abusers of it. Psalm 24: 1-2 states:

1 The earth is the LORD’s, and everything in it.
The world and all its people belong to him.
2 For he laid the earth’s foundation on the seas
and built it on the ocean depths.

Many of us “moderns” could learn from native peoples around the world who have much more of a reverence for nature than we do. To learn to be awestruck by the incredible surroundings that sustain our very existence on the planet. From the blood eclipse several weeks ago, to the sunrise over the water this morning, everyday, every hour, is filled with wonders that we need to pause in order to observe and honor.

Psalm 4: 1-4
1 Lord, our Lord,
how majestic is your name in all the earth!
You have set your glory
in the heavens.
2 Through the praise of children and infants
you have established a stronghold against your enemies,
to silence the foe and the avenger.
3 When I consider your heavens,
the work of your fingers,
the moon and the stars,
which you have set in place,
4 what is mankind that you are mindful of them,
human beings that you care for them?

Posted by DonRClymer at 6:22 PM No comments:

My Journey with Ronald Rolheiser 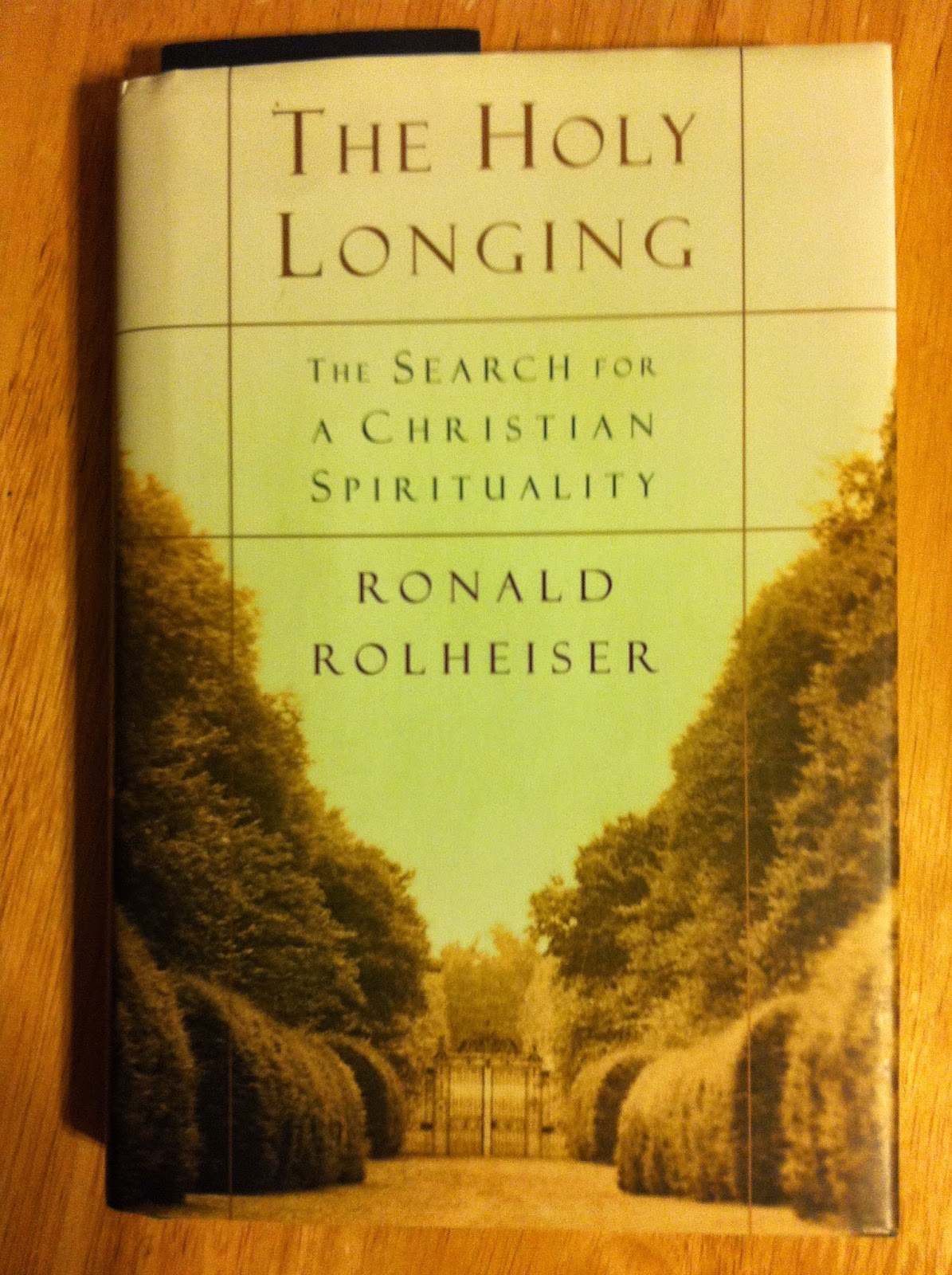 But the way it most influenced my thinking had to deal with his “four nonnegotiable essentials of a healthy spirituality” outlined in chapter three of his book. The four are: 1) Private prayer and private morality. This has to do with our relationship with God, and deals with deeper contemplative prayer forms than “now I lay me down to sleep” before going to bed. 2) Social justice. This deals with our relationship to the poor and marginalized. 3) Mellowness of heart and spirit. This looks at how legalistic and uptight we become in our religious practices and helps us to avoid such uptightness. Finally, 4) Association with a community of faith for true worship and communion.

Few Christians would argue about the relationship to God or meeting for worship in a community of faith, but social justice would cause a few to doubt Rolheiser’s definition of an essential of a healthy spirituality. I buy wholeheartedly these three essentials, but was caught up short by “mellowness of heart and spirit.” Nowhere in my study of Christian spirituality had I come across this concept. I decided it was worthy of further development and decided to write a book on the concept.

I wrote to Father Ron from an email address on his website. I was hoping that he would endorse my project and get one of his publishers to consider the concept since my work was to be based on his ideas. I never heard directly from him, but his assistant answered every email and was very courteous. According to her, he was very supportive of the idea, and even suggested books for me that had influenced his own thoughts on the idea of mellowness. He also said he wanted to read my book when it was published.

I received the name of an agent with whom he worked, but after an initial expression of interest, never received anything back from that agent in spite of several attempts at opening communication again.

In the meantime, I cajoled my sister into writing the book with me. After writing an introduction and several chapters, we set out on our own to seek a publisher. To our great delight, Herald Press, the publisher for Mennonite Church USA and Canada, agreed to publish it.

Herald Press contacted Rolheiser to do an endorsement of the book for us since we had borrowed so heavily from his ideas and quoted him a lot. He graciously declined stating the amount of such requests he receives and his limited time. Quite understandable.

So the book is now published with the title The Spacious Heart: Room for Spiritual Awakening. I asked Herald Press if they wouldn’t send Rolheiser a copy of the book since we based our book one of his basic ideas. They agreed.

Imagine my delight when today I received a personal letter in the mail signed by him. “Thank you for writing this and developing the concept of a ‘spacious heart,’” he wrote in his letter. “I much enjoyed the book.” In addition he wrote, “thank you for your wonderful insight and balance.”

I must confess, that after reading so many of his books, and admiring his view of spirituality, to receive these complimentary words from him made me more than a little proud.

Posted by DonRClymer at 4:25 PM No comments: