It was a Saturday evening with nothing to do. I found myself alone in La Ceiba, Honduras, during my two-plus years of voluntary service in that locality. For some reason, there was no youth group meeting, our usual Saturday night entertainment. All my friends were gone somewhere and I was left alone. 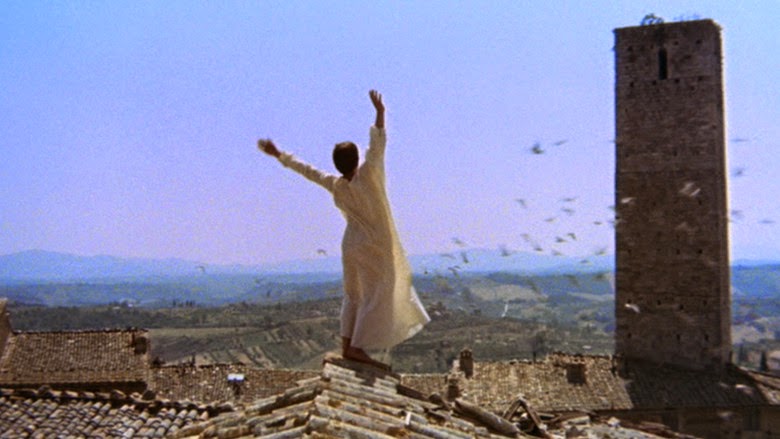 Many times I loved to get away by myself when my fellow volunteers sat up until late at night playing cards. They would get so involved and excited that they couldn’t sleep when they finally climbed into bed. I had participated in many of these games until I decided that we were not immersing ourselves in the  culture we had come to serve by playing card games with ourselves. So I would venture out on my own, sit in the park and talk to whomever walked by. Often my conversation partners were shoe shine boys. But I was learning Spanish and culture.

On this particular night, however, I wanted some ex-patriot company, and there was none around. What should I do? There were times when we sneaked into the movie theater to catch a movie, even though attendance at such venues was frowned on by our church. The usual fare on Saturday night was spaghetti westerns, usually a double feature, but not one of my favorite ways of spending time. But I was bored, and probably even a little homesick. I decided to go to the movies.

The feature film was called “Brother Sun, Sister Moon.” Since I was not very well versed on movies, I had no idea what it was about. I figured it was a western, and planned to  pass the time with some mindless entertainment.

Like a blossoming rose, slowly the movie unfolded in front of my eyes. I couldn’t believe what I was watching. It was a movie about the life of St. Francis of Assisi, something I knew nothing about, but which held me spellbound for its entirety. Nearly everything about his life reminded me of my own Anabaptist heritage; conversion from a frivolous wealthy merchant’s son to taking a vow of poverty; from reforming the church to service to the poor; remaining true to his conversion in spite of threats from his family, friends and the established church.

Perhaps it was because I was expecting nothing while attending the movie. Perhaps it was the similarities between how Francis lived and my idealized theological perspectives. Perhaps it was a well-directed and photographed movie. Whatever the reason, I was mesmerized by this event. I walked out of the theater with my feet barely touching the ground. What started out as a lonely, boring evening turned into a transcendent moment.

I was reminded of this event recently while reading Jamie Arpin-Ricci’s chapter in the recently released book
A LivingAlternative: Anabaptist Christianity in a Post-Christendom World from Ettelloc Publishing, titled “What Anabaptists Can Learn from St. Francis of Assisi.” There are lots of parallels, a few of which I mentioned above. I have found deep resonance with the writings of Franciscan Richard Rohr as well.

What points of convergence and divergence do you see between Franciscan and Anabaptist theology and practice?

This year held several interesting events for Esther and me. We are grateful that we are both gainfully employed and enjoy relatively good health. I say relatively, because on May 5, I had both of my knees replaced. After trying every alternative, I decided to do the surgery (see picture below). I am nearly back to normal with very little pain.

Esther on the other hand, fell and cracked her wrist and has been wearing a brace for nearly a month. Not as major as the knee surgery, but with its own level of pain and disruption of normal routine. She didn’t have to take off work, but it did present her with a few extra challenges. She generally loves her work, but has been working nearly 60 hours a week these past number of months.

Esther also had a monumental birthday in July. She was determined to celebrate it with her family in Switzerland, so in spite of uncertainty of how I would travel so soon after surgery, we went. We are glad we did. We were regaled by gifts of travel into the Alps and invitations by many family and friends for meals. We were also delighted to make a number of new friends.

On the children front, Marisa and Adam bought a house very close to us in Harrisonburg and moved into it a few weeks after my surgery. Marisa continues to work on her Masters of Library Science while working part time at an elementary school being a tutor for English language learners. Adam works as a liaison between Latino families and the public school system. The job has expanded to the point that instead of working at two schools, he now is located at a single school.

Mattias and Erica continue to work for a social service agency. Mattias works as a “qualified mental health provider” at Harrisonburg High School. You’ll have to ask him what that means. Erica works for the same agency as the “Program coordinator/clinical supervisor.” She is sorta Mattias’ boss. They both are in the midst of bigger plans. Mattias earned his real estate license and is building up clientele to do this full time. Erica became a licensed professional counselor and is building up her clientele as well.

September saw the release of a new book that I co-authored with my sister Sharon Clymer Landis. That has caused a spate of activities including book signings, sermons, Sunday school and Bible study appearances.
M
We wish for all of you a blessed Christmas and a Happy New Year.

Don for the rest


Posted by DonRClymer at 6:47 PM No comments:

Make straight the way of the Lord

John the Baptist quotes from Isaiah 40 in his declaration in John 1:21, “Make straight the way of the Lord.” There is much in our world that is crooked. It is full of injustice, violence and fear. There is much that needs straightening. Our world is a wasteland; a desert, a wilderness. We can become overwhelmed by despair when we think of the condition of our world. We need a straight path to find our way through the wilderness. 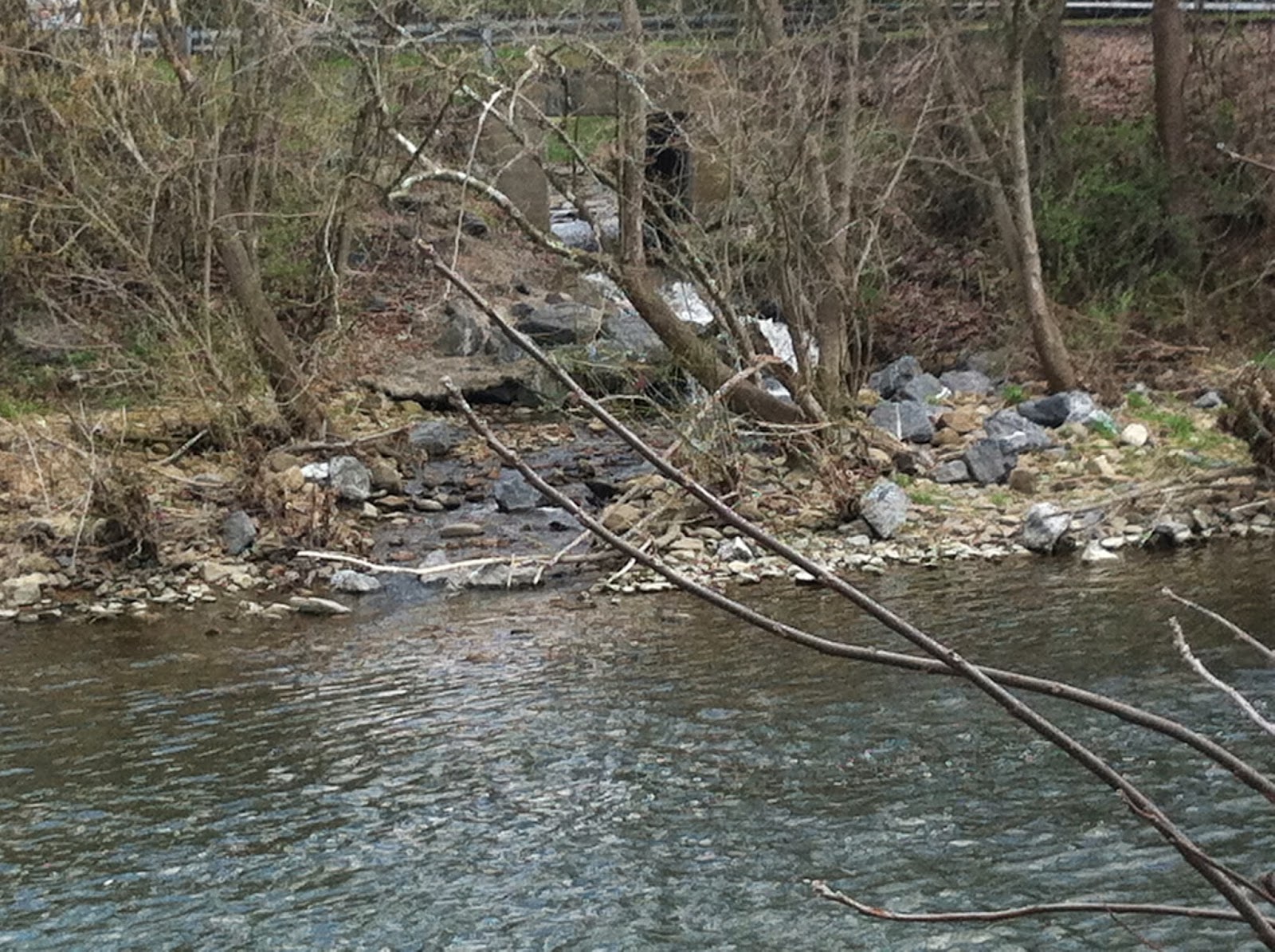 We often feel as hopeless as the Children of Israel in Babylonian captivity. How we need to hear the words, “Comfort, comfort my people, says your God.” Yet, if we are to believe the Good News of the New Testament, our “hard service has [already] been completed, [our] sin has been paid for.”

Mary proclaims in Luke 1:52, “ He has performed mighty deeds with his arm; he has scattered those who are proud in their inmost thoughts. He has brought down rulers from their thrones but has lifted up the humble.” This echoes Isaiah 4: 4, “Every valley shall be raised up, every mountain and hill made low; the rough ground shall become level, the rugged places a plain.” In Jesus’ kingdom, things have been turned around. What our culture counts as high is really low. What our culture sees as rugged is now plain.

Mary continues, “He has filled the hungry with good things but has sent the rich away empty.” Isaiah says in verse 11, “He will feed his flock like a shepherd. He will carry the lambs in his arms, holding them close to his heart.” In Jesus’ kingdom, the poor and the disenfranchised are close to his heart. It is the powerful and the rich, through their oppressive systems of inequality, who cause most of the fear in our world. When we enter God’s fold, we are held close to Jesus’ heart.

“My soul glorifies the Lord,” declares Mary, “and my spirit rejoices in God my Savior,” while Isaiah states, “And the glory of the Lord will be revealed, and all people will see it together.” That the world has been turned upside down is cause for rejoicing and worship. The glory of the Lord has been revealed through his kingdom. The world is about to turn!*

My soul cries out with a joyful shout that the God of my heart is great,
And my spirit sings of the wondrous things that you bring to the ones who wait.
You fixed your sight on your servant's plight, and my weakness you did not spurn,
So from east to west shall my name be blest, Could the world be about to turn?

Though I am small, my God, my all, you work great things in me,
And your mercy will last from the depths of the past to the end of the age to be.
Your very name puts the proud to shame, and to those who would for you yearn,
You will show your might, put the strong to flight, for the world is about to turn.

From the halls of pow'r to the fortress tow'r, not a stone will be left on stone.
Let the king beware for your justice tears ev'ry tyrant from his throne.
The hungry poor shall weep no more, for the food they can never earn;
There are tables spread, every mouth be fed, for the world is about to turn.

Though the nations rage from age to age, we remember who holds us fast:
God's mercy must deliver us from the conqueror's crushing grasp.
This saving word that our forebears heard is the promise which holds us bound,
Till the spear and rod can be crushed by God, who is turning the world around.

Hope is already here! The Kingdom of God has arrived! A straight path as been carved through the despair of the wilderness! Rejoice where we see God’s “will done on earth as it is in heaven!”

*Words and arrangement of traditional Irish tune by Rory Cooney.

Posted by DonRClymer at 5:52 PM No comments: