¿Qué hora es? Wie spät ist es? What time is it? This is how the three languages that I am familiar with ask about the time of the day. The answer to each of these questions is: Son las tres, Es ist drei Uhr, and It’s three o’clock. 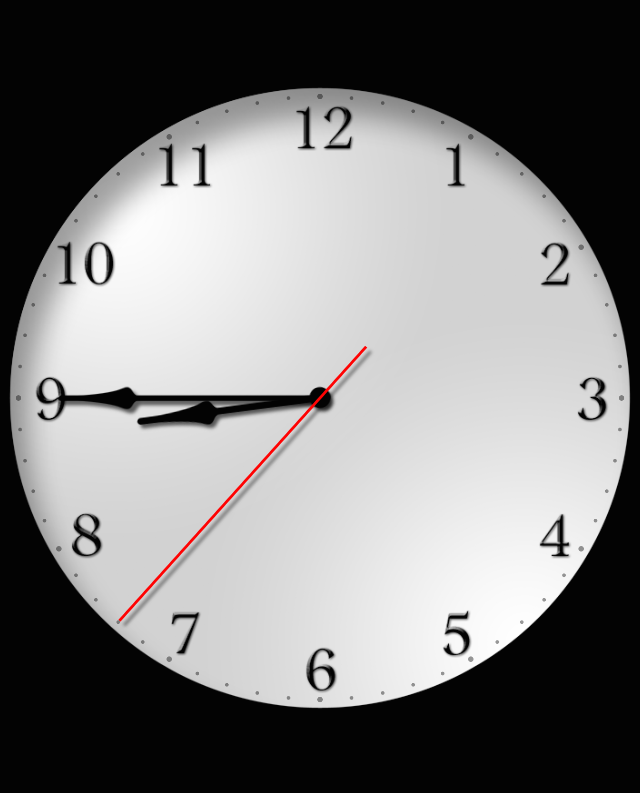 I am a literalist, so I am not very good at translating poetry and aesthetic prose. I do things word for word. I also like to translate idioms literally and speculate how they may have come about, even though they may have come to mean something different in current usage. This helps me compare languages and the cultures from which they have come.

Take the expressions we use for telling time. In Spanish, they literally ask “What hour is it?” They answer that question, “They are three (hours).” When asking what time something is, they ask “¿A qué hora es . . .?” meaning “At what hour is . . .?” The answer to this is “Es a las ocho.” That means “It's at the eight(h) (hour).

Spanish-speaking countries are notorious for their lack of punctuality. The way they talk about time reflects this. When an invitation to a social event says 3 p.m., so long as you show up before 4 p.m. you are still on time. After all, the event is “at the third hour.” The third hour begins at 3 p.m. and ends at 4 p.m. So as long as you arrive before four, you are within the hour stated as the time of the event.

Contrast that to the German time expression “Wie spät ist es?” That means, “How late is it?” German-speaking countries are well known for their punctuality. They are always worried about getting somewhere late. Now there is another way to ask the question about the time in German: “Wie viel Uhr ist es?” This literally means, “How much clock is it?” Perhaps a shorter way of saying “How much of the clock is it?” In everyday speech it is much more common to hear “How late is it,” but both expressions are related to punctuality.

Interestingly, when they ask at what time something is, they say, “Um wie viel Uhr ist es?,” which means “Around (about) how much of the clock is it?” The preposition “around” doesn’t seem to lend itself to punctuality. The answer to this question is: “Es ist um drei Uhr.” “It’s around three of the clock.”

Does our language reflect our culture, or does our cultural reflect our language? I’m sure this discussion could be developed more by examining more languages and how the expressions surrounding time reflect the way those cultures respond to clock time.

Time to reflect on how timely this subject is. It is timeless.
Posted by DonRClymer at 8:50 PM No comments:

“Blessed are those who mourn for they will be comforted” (Matthew 5: 4). We often think of these words when we face the death of a loved one or a calamity we experience on our life’s journey. In my book Meditations on the Beatitudes, I reflect on the premature death of a child in rural Mexico and contrast how they mourn with how we mourn. The book is mostly about how the beatitudes are counter-cultural; especially within the US American milieu.

Jesus mourned the death of his friend Lazarus in John 11, but that is not the only time he mourned. He also mourned over the political, religious and moral climate of Jerusalem as recorded in Matthew 23:37: “Jerusalem, Jerusalem, you who kill the prophets and stone those sent to you, how often I have longed to gather your children together, as a hen gathers her chicks under her wings, and you were not willing.”

I can imagine Jesus weeping as he states this. He was mourning the hardheartedness of his own people, and their reluctance to change in spite of the proclamation of the Good News and the arrival of the long-expected Messiah. In the Beatitudes book that I mention earlier, I also mention the need to mourn in situations like Jesus did over Jerusalem. “When I look at the conditions of the world in which we live, I find many places to mourn,” I write. “Nevertheless, the tendency is for me to become upset and cynical at the overwhelming injustice, racism, hate, and brokenness that is everywhere” (p. 29).

Many who have attempted to actively change the personal as well as systemic brokenness so prevalent in our world, like me, become cynical. We become cynical because we are disappointed idealists. What we wanted to change didn’t, and in my case of looking at the injustice in Latin America, it has gotten worse in many ways. We also become cynical because we try to do everything on our own. We lack the inner fortitude that comes from contemplation and mourning.

Richard Rohr, in his book Everything Belongs claims that a remedy to cynicism is to enter “the weeping mode” (p. 147). He calls our activism without contemplation and mourning, a “fixing, blaming, and controlling mode.” We try to fix things on our own, we project our own inner unresolved conflicts and shortcomings onto other people or structures, and we try to control outcomes. When we can’t fix, we blame. When we can’t control, we blame. When we don’t recognize our own propensity to oppress and to sin, we deny.

In my Beatitudes book, I write: “When I consider the brokenness of young people who enter my classrooms—many scarred for life from abuse, parental breakups, suicides of friends—I am brought to tears” (p. 29). When we mourn, not only do we recognize our own complicity in the problem, but we move to compassion for those who suffer. Henri Nouwen says; “There is no compassion without many tears.”

In my Beatitudes book, I write: “Too often [we] value the strong, unemotional individualist who shows strength through cold perseverance in time of adversity. Our culture teaches to need no one; we do not want to be dependent on anyone” (p. 28-29). We too often deny our tears. We too often forget to mourn. We too often refuse to grieve. We think we need to “grin and bear it” with our issues and the world’s issues. We would certainly be better off if we learned to weep, to mourn, to grieve. We may even be blessed.

Posted by DonRClymer at 1:33 PM No comments: