It is Christmas Eve, and as per our tradition, my family will gather to celebrate together. Our meal consists of Raclette, a dish from Switzerland where melted cheese is poured over boiled potatoes and eaten with pickles, olives, and other relishes.

We begin the evening by attending a Christmas Eve service at a local church, then we return home for the repast. Our Christmas is a mixture of Swiss, Mexican and US American customs, representing the three regions of the world where at least one of us was born.

The creche, which has been up since the beginning of Advent, does not have the Infant Jesus in the manger. In Mexico, most families wait to put the baby Jesus in the manger until midnight on Christmas Eve, so we do it as well as close to midnight as possible.

When he was yet a child, my son wondered why the Wise Men were at the scene 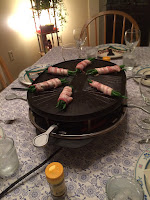 of the birth, if they had to travel from afar to get there. So he began the tradition of placing the Magi in the farthest corner of our house and moving them a little closer each day during Advent until they reached the manger on January 6 when the church celebrates Epiphany.

Before beginning our celebration, we light the real candles that we put on our tree. This tradition comes from Switzerland. We found some electric facsimiles to reduce the danger, but we still use a number of real candles.

Traditionally, we read the Luke 2 passage about the birth of Jesus in three different languages; English, Spanish and German, and listen to carols in the three languages as well.

After the readings and a prayer, we open our gifts. The last thing we do before we go to bed is to place the baby in the manger and proclaim, as they do in Mexico: "the God-child has come."

We wish you a very Merry Christmas,
The Clymer family 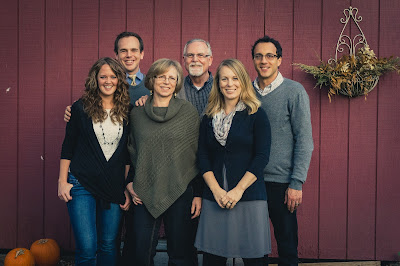 A Gift of Love: “You are Beloved of God”

Henri Nouwen, prolific Catholic author of books on spirituality, frequently made the case for telling yourself: “You are beloved of God.” Over his short life, Nouwen struggled mightily with believing that he indeed was beloved of God. It was because of sharing from his deepest and darkest self in total vulnerability that he connected with millions of people around the world. Pastors of all denominations listed him as the person most read after the Bible. 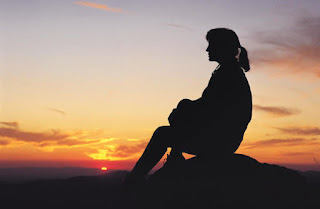 In a course that I teach with a colleague on dealing with suffering and loss, at the end of the year, during our final exam, we have students face each other in inside/outside circles, look directly in the eye, and state to each other: “You are beloved of God.” They continue moving to several other students around the circle, then we open it up to anyone. It has a powerful effect. It is almost magical. There is laughter, there are hugs and there are tears.

I have become convinced that our US American culture teaches us to be self-loathing. We get messages from everywhere that we are not good-looking enough, not talented enough, not intelligent enough, not wealthy enough, not spiritual enough. We always compare ourselves with those who excel in the areas where we feel lacking; we never look at those who have less in any given category. The result is thinking that we can never measure up. The advertising industry is astute in capitalizing on this self-hate by providing us with products that will, according to their pitch, make us all the things that we are not.

The magic of the phrase “You are beloved of God,” as we do it in our class, comes about because it is given freely as a gift. The eyes are a window into the soul, and looking into each other’s eyes while stating this simple phrase goes directly to the soul. It connects on a very deep level. It helps us to realize that in God’s eyes we don’t have to measure up to any artificial cultural standard. He loves us as we are.

We had 43 students in our course. It is part of the general education program at Eastern Mennonite University where I teach. It is called the Senior Seminar, and during the semester they are to review their faith development, their cross-cultural experience and their vocational calling while at EMU.
For their final we asked them to reflect on what they had learned in the course, and what they will take with them as they graduate. I was overwhelmed with the gift of love I received from their reflections. Since I will be retiring after this academic year, this is the last time I will be teaching the course. I will forever treasure this gift to me.

Here are a few snapshots of their final reflections: “I learned that I don’t have to fix someone’s pain, that being present with them in silence is enough.” “I will never forget the phrase ‘hurt people hurt people.’ I am hurt and I now realize how I am hurting others.” “I became aware of the poison of unforgiveness. I have had to forgive someone who wronged me.” “I learned that there are many areas in my life that I need to let go. I cannot always be in control.” “I learned that community and our ‘cloud of witnesses’ is very important in dealing with our pain.” “I will always remember that I am beloved of God.” Variations on these statements were repeated numerous times.

What touched me the most, however, were the statements made about their faith. Nearly a half-dozen students said that they returned to a lost faith through the course. One said that she was afraid to talk about her faith thinking that she would be rejected, but she felt affirmed in her unusual spirituality through the course. Most said that their faith was strengthened, that they wanted to commit to deeper spiritual practices like prayer, Bible study, walks in nature and sitting in silence.

Over the nine years that I have taught this course, there have been many satisfying moments. There  have also been ugly moments, perhaps to be expected in a required course. Yet today’s final exercise will forever be etched in my mind as one of the most positive outcomes I have experienced. Thank you students, for this wonderful gift of love. “You are beloved of God!”

What Are You Giving Up for Advent?

The season of Advent in Christianity was originally a period of fasting and introspection much like Lent. It was a time to reflect on the second coming of Christ and how we should prepare for this momentous event.

Somehow, as time went on, the season of Advent has become a preparation for the coming of the birth of Jesus. With the addition of all the hoopla surrounding Christmas, Advent has become more of a time of expectation of gifts, festivities and parties. The wait for the birth of Jesus, although still emphasized in most churches, has been pushed to the background while trees, lavish decorations, and extravagant gifts are what are emphasized in most people’s daily activities leading up to Christmas. The hubbub surrounding Christmas has made this time of the year one of the most frantic and stressful times. 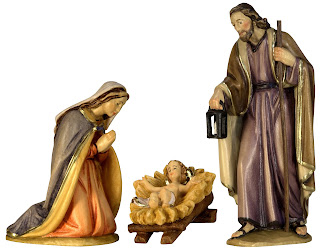 When our family lived in Mexico, we were invited to take part in a traditional Mexican Christmas celebration, and I found the contrast to our own traditions to be starkly ironic. The main focus was on Christmas Eve. After reenacting the story of Mary and Joseph looking for lodging, called a “posada,” the extended family ate a traditional meal of tamales and hot chocolate. At the stroke of midnight, the head of the family proposed a toast to everyone and stated: “the God-child has arrived.” At this point, the baby Jesus was placed in the nativity scene for the first time. Children celebrated Jesus’ arrival.

In our own celebrations, on Christmas Eve, children wait for the arrival of Santa Claus. While the excitement among children in Mexico is on who will be the one to place the baby Jesus in the manger, in US America, children are excited about Santa Claus bringing them gifts. Which tradition is more faithful to the spirit of Advent?

I’ve always wondered how we can sing the words of the traditional Advent song (and many others) “Hark the Glad Sound” without feeling remorse at our blindness to the true message of what we are waiting for during Advent: “His silver trumpets publish loud, The jub’lee of the Lord, Our debts are all remitted now, Our heritage restored.” Jubilee is the time when the inequities and injustice are overturned and God’s justice is restored. This is Advent. This is good news for the poor.

What are you giving up for Advent?
Posted by DonRClymer at 9:04 PM No comments: